Biocontrol of the peach twig borer 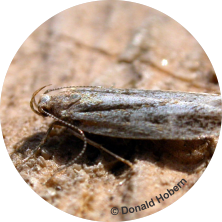 Anarsia lineatella is a serious pest of stone fruit trees. It causes significant economic losses as it directly affects the fruit and damages buds, flowers and new shoots.

As secondary host, the pear tree is cited; associated hosts are the quince tree, species of Malus (ornamental), apple tree and Pyrus spp.

Anarsia lineatella is found in many countries in Europe, Asia, Africa and North America.

The adult is large, 14 to 16 mm in size, with narrow and almost rectangular upper wings. These ones are light grey with darker lines while the lower wings are uniformly grey. When the adult is at rest the folded wings look like a roof. 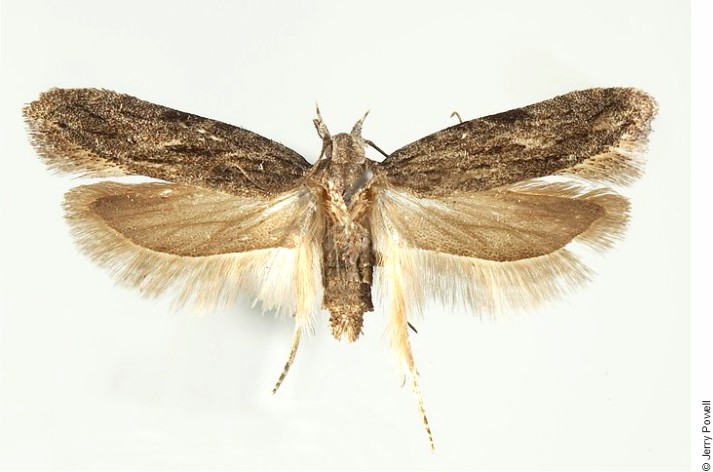 The egg measures 0.5 x 0.3 mm. When newly-laid it is white, gradually changing to yellowish orange.

The newborn larva is 1 mm long and can reach 12 or 15 mm in size in its final developmental stage. Its body is chocolate-coloured with pink intersegment membranes. The head is light brown to black.

It winters as larvae in the second developmental stage, with no activity and having lodged itself in a hole that it has bored in the bark of trees that are 1 or 2 years old. Inside this it builds a nest from silk threads and any remains of bark.

The over-wintering larvae exit the tree from late January until late March. Once outside it settles on a flower bud or a new shoot, if there are any, to feed itself. The attacked bud is left empty and the larva carves out an axial gallery in the shoot.

Pupation takes place between two leaves and the first generation of adults appears in May-June. Adult activity is crepuscular and they feed only on water. The eggs are laid at the leaf base, stems and on the skin of the fruit. Incubation period lasts 10 to 15 days.

The larvae feed from birth by puncturing growing shoots or fruit, preferring the latter when they are changing colour and when the buds stop growing. The second generation emerges in July-August and there is a third one in September that produces the over-wintering larvae.

It mainly attacks peaches and nectarines, but also causes damage to almonds, apricots and plums. The damage is caused to the buds, shoots and fruits.

Damage to shoots is caused by the destruction of the tender shoots’ internal tissues. The shoots wither but sprouting continues. As a result, these damages are only significant in nurseries and plantations in young orchards.

The damage to fruit is important because the fruit with worms rot or they are unmarketable, with the added disadvantage that often the newborn larva penetrates the stalk cavity leaving a small hole that may go unnoticed and the rotten fruit could reach the market.

1 to 3 traps should be set per hectare, placed at crop level. They can be placed on the trees or in a support for this purpose. The traps should be installed at the beginning of August.

Mostly the males of this species are captured, in order to reduce the mating, so that non-copulated females will have unviable eggs. This reduces the pest population.

To carry out mass trapping the number of traps per area should be increased depending on the location and homogeneity of the crops. One trap can control an area of between 1,000 and 2,000 m². This entails a trap density of 5 to 10 traps per hectare.

To achieve good control of the Anarsia lineatella, it is advisable to combine the two methods: detection and monitoring and mass trapping. In spring you can place 1 to 3 traps per hectare to detect the pest and control its population levels.

Through established thresholds of tolerance in each area, the control measures are later defined, in this case mass trapping. The threshold of tolerance for Anarsia lineatella is very low and varies according to the area. Generally, it is around 3 captures per trap and per week. Moment in which we recommend to set traps all over the crop for mass trapping. 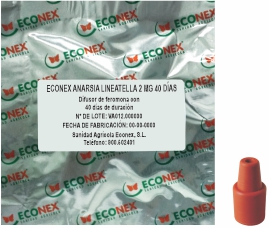 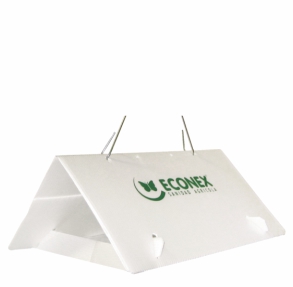 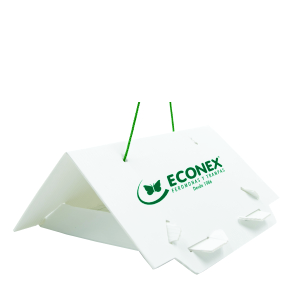 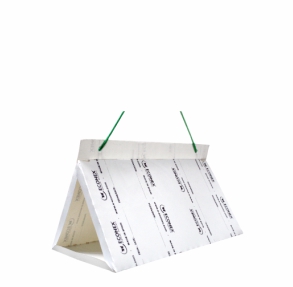 Factors that influence the number of traps needed

An important factor is crop size. In small and irregular crops, a greater number of traps will be needed than in large and regular crops.

Another important factor is the distance between crops that have the same pest. In such cases the crop boundaries should be reinforced, so a trap density of about 20 traps per hectare may be needed. More traps may be required in the case of mass trapping.

The trap ECONEX WHITE TRIANGULAR without sheets is activated by placing an ECONEX SHEET FOR TRIANGULAR (Code: TA248) at the base of it. The sheet is impregnated with a pressure sensitive adhesive, solvent free, in which insects are trapped. The trap ECONEX DISPOSABLE WHITE TRIANGULAR is coated on its inner face with a layer of contact adhesive, solvent free, for the retention of the insects. The pheromone diffuser has to be placed inside the trap on the sheet or adhesive surface.

Both traps stand out above all for their simplicity of use, and will be operative until pheromone depletion or saturation of the sheet or adhesive surface. 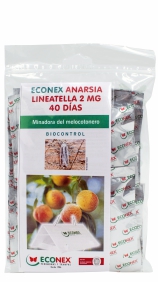 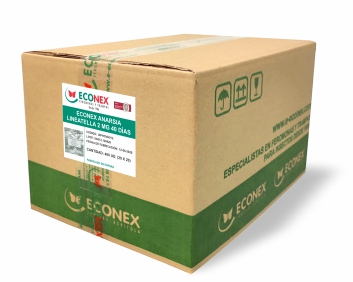 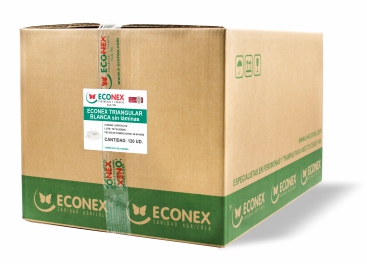 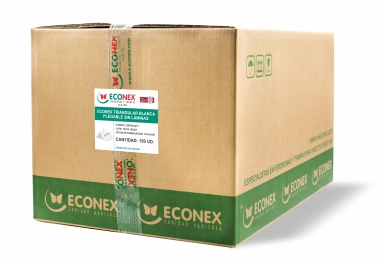 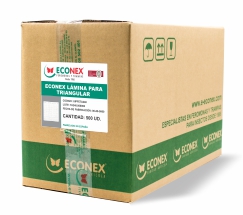 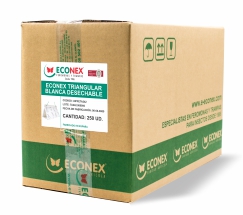 Leaflet in PDF format that can be downloaded by clicking on the image.

Section of the ECONEX corporate website that allows you access to online information about ECONEX solutions for the biocontrol of other relevant agricultural and forest pests. 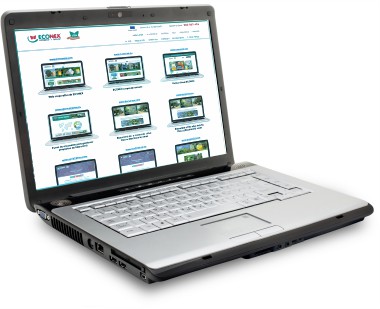